The email states that this system will give all students and University staff the ability to report “inappropriate behavior” anonymously or formally “through a single system”, as well as “to identify people involved, when the reporting person feels comfortable doing so ”.

The system also “provides access” to “relevant college and university support services as well as those of external local and national organizations”.

The system itself can be accessed by a link in the email and displays the option to “report anonymously” or “report with contact details”. Below are links to find help under Bullying and Harassment, Abusive Behavior, Sexual Misconduct and Harassment, and Whistleblowing.

Graham Virgo’s email describes that the reporting system was created in response to calls from tutors, student representatives, the University’s “anonymous reporting mechanism” and several investigations, “including those aimed at to better understand racism at the University “, for a” simpler reporting process “, which includes” an anonymous report where you could describe what happened to you “.

The e-mail contains details of the operation of the system. The pro-senior vice-chancellor describes that “anonymous reports” will be “tracked, monitored and shared with senior officials in the department or service concerned if we can do so and maintain the anonymity of the author.”

He adds that reports made using his contact details will be received by the OSCCA (Office of Student Conduct, Complaints and Appeals) who will then contact the student by email to suggest a meeting to “explain the next steps. And answer all questions about the formal declaration procedure.

Graham Virgo also states that if students “report behavior about their college,” it will be “sent to the college’s senior tutor or other senior college member.” He states that the “college procedures and practices” will also remain “in effect” and that “in some cases this will be the appropriate route to resolve issues”. Finally, the email reveals that “anonymous data and case studies will be released” to prove “the difference reporting makes to our community.” 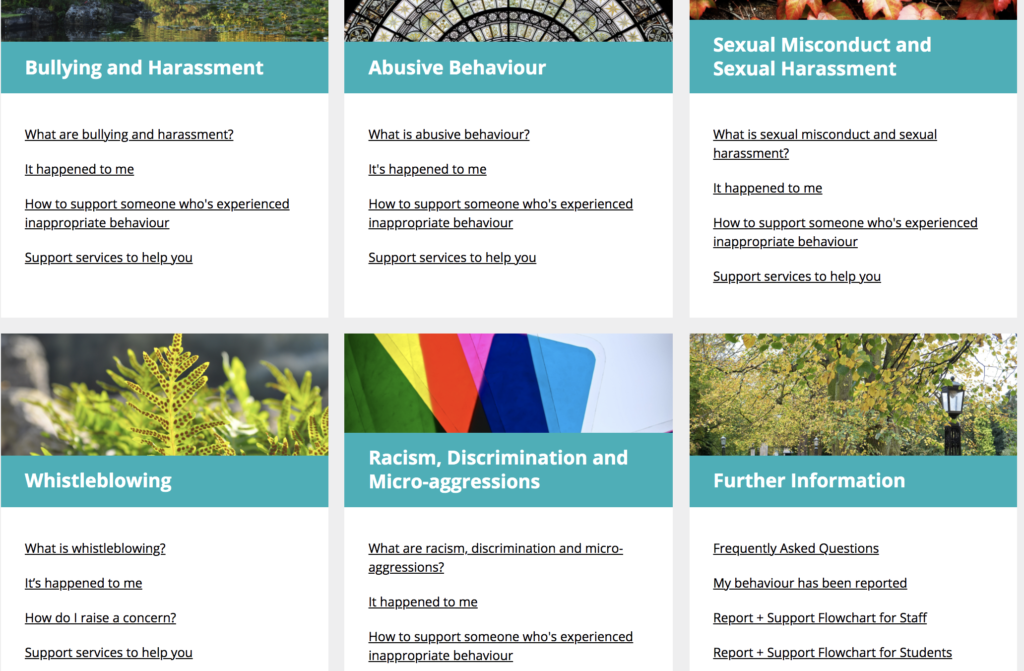 The email promises support for those who made a report, revealing that “during an investigation, the University can take steps to ensure that the person reporting the behavior can continue to study and feel safe “, which may include” preventing contact with the student or staff member they have reported.

It comes after Trinity Hall was accused last year of “systematic procedural failures by the collegiate body” in handling complaints against several College members.

At the start of the email, the Senior Pro-Vice-Chancellor describes that “we want Cambridge University to be a place where everyone can feel safe and thrive”. He adds that “abusive behavior, discrimination, sexual and physical misconduct should not have a place here”, stressing that the system is intended for “all forms of inappropriate behavior – large and small”.

The news comes after numerous calls from students, including the students’ union, to standardize the misconduct reporting systems at Cambridge colleges.

Related articles recommended by this author:

• Cambridge’s reporting procedure for sexual harassment is broken, and here’s how we can fix it

• Meet Eva Carroll, the Cambridge student who works with Our Streets Now to end sexual harassment in public

• Silence is always conformity: there is more to do against racism in Cambridge